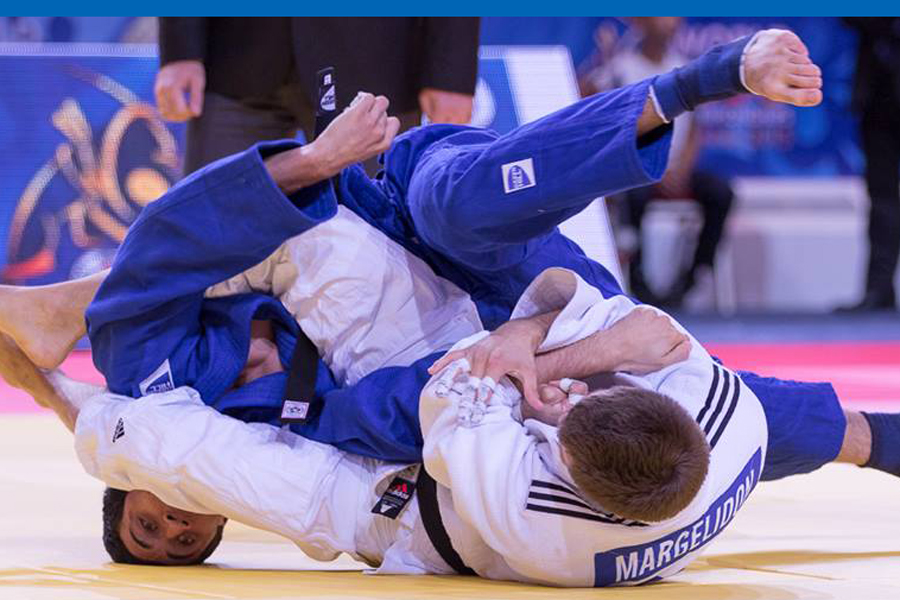 Montreal, December 5, 2015 – Arthur Margelidon had the best performance among Canadian judokas this Saturday at the Tokyo Grand Slam, in Japan. The Montrealer came in seventh in the Under 73 kg class, after being eliminated in the first round of repechage.

The day started well for Margelidon, ranked 24th in the world. In his first two matches, he eliminated Iraqi Ahmed Salman, 140th, and French Pierre Duprat, 20th, from the competition.

He was then faced with a sizeable challenge in the form of Hungarian Miklos Ungvari, seventh in the world, and managed to come out on top with an ippon.

The 22-year-old’s next bout was against Russian Musa Mogushov, 17th. Margelidon was lagging behind by a penalty, and he never managed to level the score. He ended up suffering an ippon with only one second left on the clock.

Another tight match awaited Margelidon in repechage, when he locked horns with Georgian Lasha Shavdatuashvili, 12th. They took the match to the end of regular time, and Shavdatuashvili’s two penalties against Margelidon’s one tipped the scale in favour of the Georgian.

Also in the Under 73 kg, Étienne Briand, 38th, from Sept-Îles, didn’t go past the competition’s second round, when he was defeated to Japan’s Soichi Hashimoto, 37th. Before that, he had lost to Finnish Eetu Laamanen, 82nd.

Beauport’s Antoine Valois-Fortier was shown the door after the third round in the Under 81 kg division. After receiving a bye from the opening round, the world’s number three judoka disposed of Japanese Goki Maruyama, 26th, but South Korean Seungsu Lee, 63rd, stopped him in his tracks in his next match.

On the women’s side, Whitby, Ontario athlete Kelita Zupancic, fifth in the world, didn’t move past the tournament’s second round. She also received an opening round bye, and was then eliminated by Brazilian Maria Portela, 20th.