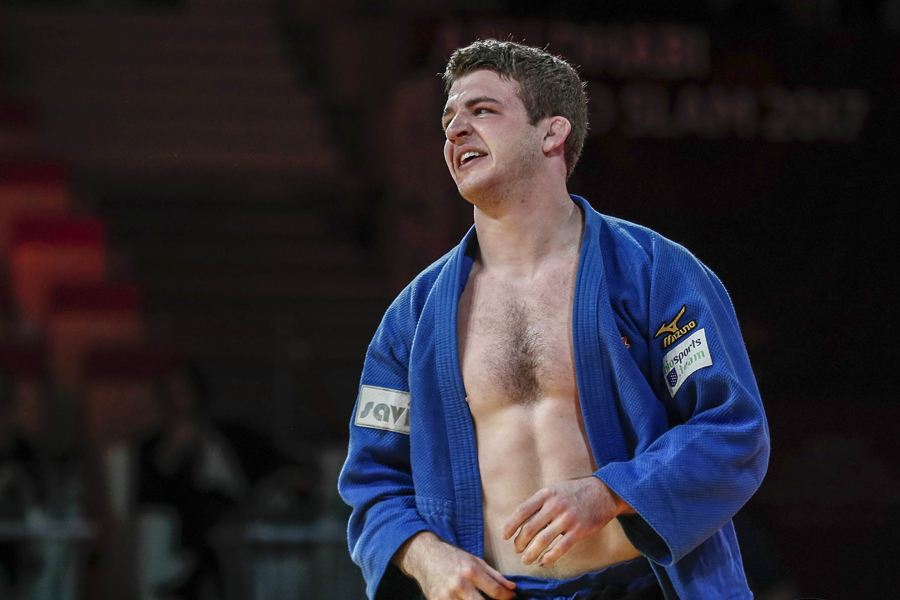 Montreal, October 14, 2018 – Canadian judoka Zachary Burt ended his day in repechage in the -90 kg category at the Cancun Grand Prix, in Mexico. He placed in 7th place after scoring 1 victory and 2 losses.

British Frazer Chamberlain eliminated the Canadian after defeating him by waza-ari at the end of the 4-minute bout.

Earlier, Burt had won his first fight by ippon against Mexican Victor Ochoa. He then lost against Czech David Klammert by waza-ari after a fight last lasted almost 5 minutes.

“After the disappointment of losing the access to the semifinal in the golden score of a fight that he entirely dominated, Zachary was again beaten in his repechage fight, he was left with the 7th place,” explained Canadian coach Michel Almeida.

In the same category, Mohab El Nahas was defeated by ippon in his second fight, against Brazilian Rafael Macedo. In the first round, he had defeated Peruvian Daryl Yamamoto Servan by ippon.

In -100 kg, Shady El Nahas was also eliminated after his first bout. Grigori Minaskin, from Estonia, won by ippon.

“Mohab and Shady El Nahas both feel victims of their inexperience when it comes to fight players who stand in the World’s top 30. While Mohab still managed to win his first fight against the Peruvian by scoring two waza-ari, his brother Shady did not go through his first round against the Estonian,” added Almeida.