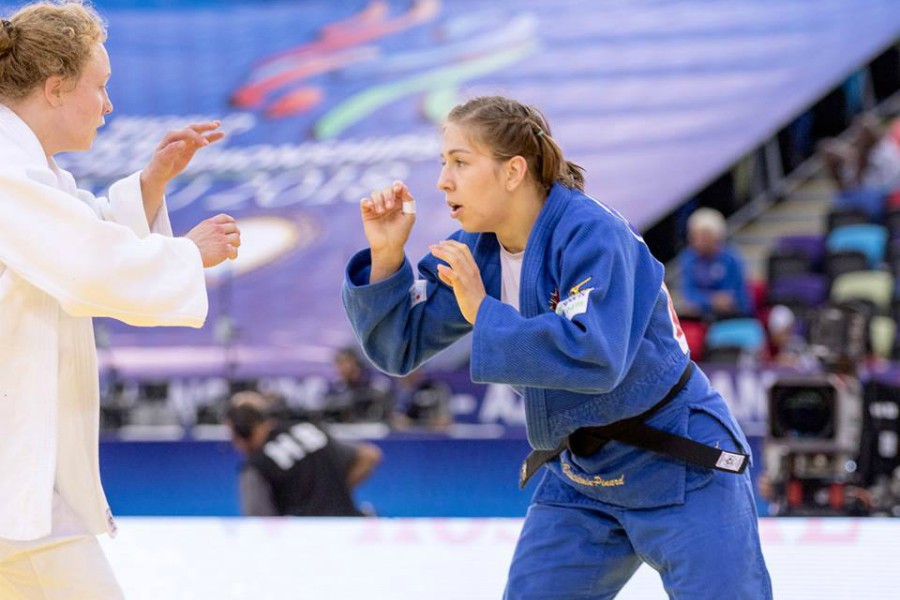 Montreal, October 13, 2018 – Canadian judokas won a silver medal and 2 bronze medals on Saturday at the Cancun Grand Prix, in Mexico. Quebecoise Catherine Beauchemin-Pinard had an almost-perfect day and won the silver medal in the -63 kg category.

Her only loss was during the final against Austrian Magdalena Krssakova. The gold slipped through her fingers when the fight came to an end with an ippon from the Austrian after almost 5 minutes.

In the semifinal, the athlete from Saint-Hubert faced Austrian Katharina Haecker and defeated her by waza-ari.

Earlier in the day, during the preliminary rounds, Beauchemin-Pinard dominated both Russian Valentina Kostenko and British Amy Livesey by ippon.

Bronze for Zupancic and Margelidon