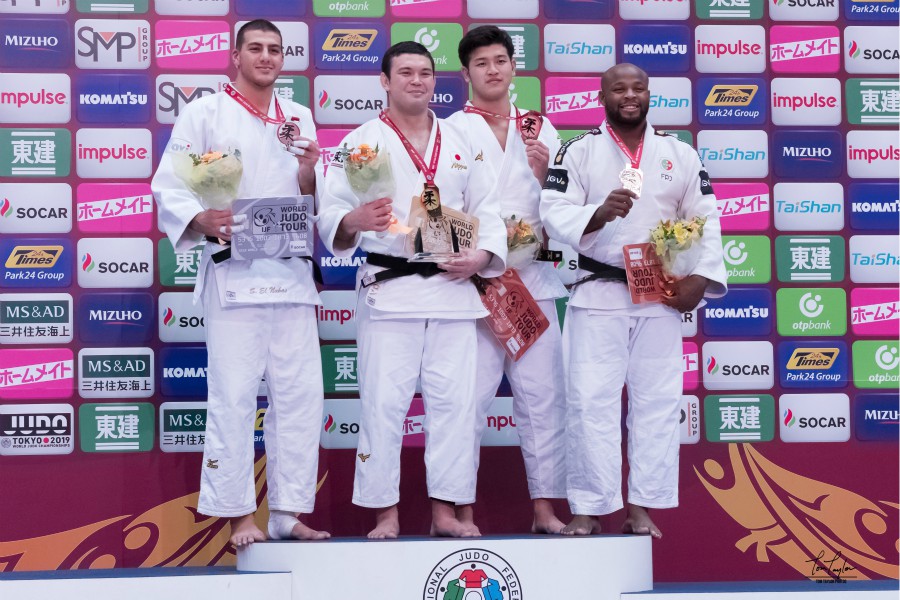 Montreal, November 25, 2018 – Canadian judokas Shady El Nahas and Benjamin Kendrick were in action on the last day of the Osaka Grand Slam, in Japan. However, they each had a very different experience.

The former won the silver medal in the -100 kg, while the latter was eliminated after the first round, and is really disappointed with his result.

El Nahas won four of his five bouts during the day. During the preliminaries, he won by ippon against Czech Radek Hecl, Mongolian Otgonbaatar Lkhagvasuren, and Portuguese Jorge Fonseca. In the semifinal, the Ontarian defeated Japanese Kentaro Iida by ippon.

“I felt really confident beating the Czech and then even more after throwing the Mongolian who finished third at the World Championships. My two victories gave me a huge confidence boost which helped me defeat the Portuguese who’s sixth in the world and the Japanese who won the Paris Grand Slam,” commented El Nahas.

Japanese Aaron Wolf cut El Nahas’s perfect day short by scoring an ippon near the end of the finale bout, winning the gold medal in front of his crowd, and leaving El Nahas with the silver.

“Going into the finals, I felt like I could win the gold against the former World Champion, and I had a very strong chokehold in the beginning of the fight, but it slipped and then it just did not go my way,” he explained.

“I wish I would’ve gotten the gold medal, but I am still very pleased with my performance at my first Grand Slam.”

For his part, Kendrick had a less victorious day. He was eliminated after his first fight by Netherlander Jesper Smink in the -90 kg category. “I felt good and prepared to do my best, but I made a poor mistake and got thrown for ippon,” he said.