Important Lessons for Briand and Valois-Fortier 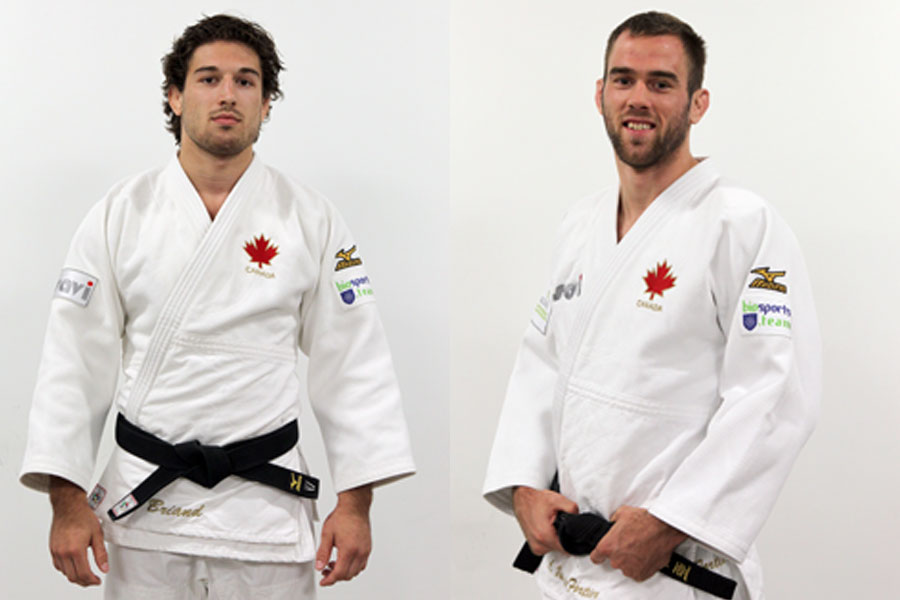 Montreal, May 11, 2019 – Both Canadians in action in -81 kg on Saturday didn’t meet their expectations at the Baku Grand Slam. Despite being defeated, Étienne Briand and Antoine Valois-Fortier will leave Azerbaidjan with experience that will be useful for their 2020 Olympic Games qualification.

Briand, 14th on the world ranking, started strong with an ippon against Belarussian Yunus Bekmurzaev, 101st in the world.

Things started getting more complicated during the second fight. The Sept-Îles native got three penalties against Lebanese Nacif Elias, 30th in the world in -90 kg and 7th in the tournament. Briand thinks the refereeing was at fault during the bout.

“He was in -90 kg and just went down a category. I lost with a penalty in golden score. He was breaking my grip and made moves that were barely legal, which hurt my wrist. I couldn’t get a grip, because I didn’t dare put my hand where I usually would. The referees let it go, and I couldn’t adapt to the situation,” he explained.

Valois-Fortier, 15th in the world, first won against Brazilian Eduardo Yudy Santos, ranked 20th in the world. For the Beauport-native, the fight felt like a déjà vu.

“I won against him two weeks ago at the Pan American Championships. It went down the exact same way,” he said. “He’s very physical, and he scored within the first minute. I picked up the pace, and I was able to catch up and score an ippon.”

For his second bout, Valois-Fortier was thrown after 34 seconds by Greek Alexios Ntanatsidis, 28th in the world and 5th of the competition. “I didn’t even get a chance to get tired. We were on the edge of the mat, and I tried to reposition myself to put him in the corner, but he placed his hips well and I fell by ippon.”

The 29-year-old added that it wasn’t a good day, despite winning his first fight of the day. “I didn’t feel sharp, and I wasn’t going for it. I did a lot of tournaments in the last few months, and I feel the fatigue. The positive note is that my back is good, my health is too, and I can do several competitions in a row,” he said.

Both judokas are now ready to turn the page and look ahead on their Olympic qualification for Tokyo.

“It was the last event of the first year of the Olympic qualification process. I wanted to win a medal and get a better international ranking. In two weeks, I’ll have to kick off the second year with a strong performance, because each result counts,” said Briand, 26.

He is satisfied with his results up to now, having been on a few podiums in the last few months. “I would like less 5th and 7th places. My goal will be to be on the podium more often. I have to win one more fight during most tournaments.”

Valois-Fortier admitted being very nervous at the beginning of the qualification season with his surgery to fix two disk herniations last July.

“I wasn’t there for 8 of the 12 months. I’m happy with my health, that I was able to catch up and with my current world ranking. To be qualified for the Olympics, we have to be in the top 18. After that, there’s a system of continental quotas. The podiums will be profitable, especially in a Grand Slam,” concluded Antoine.