It’s in and out for Canadian Judokas 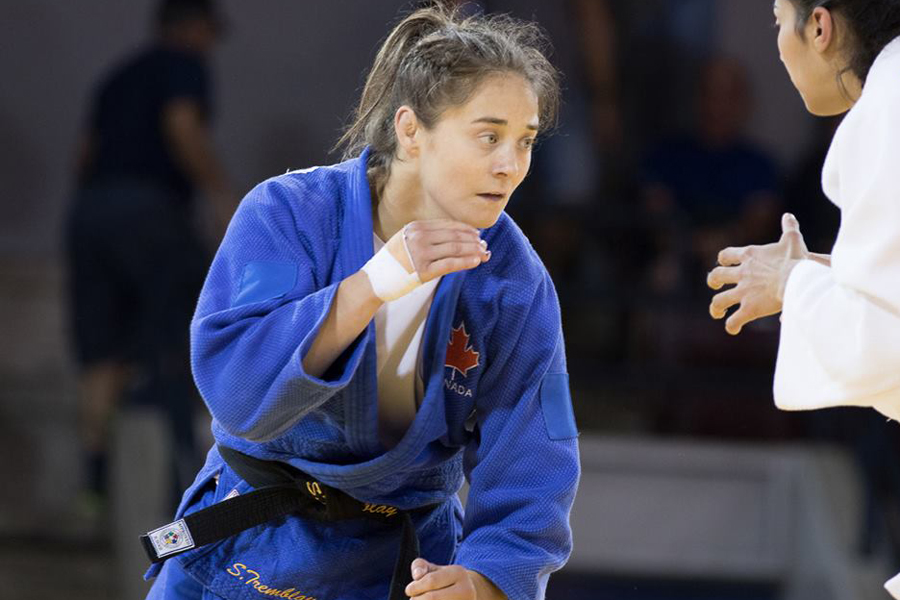 Montreal, May 7, 2016 – It was a shortlived tournament for Canadian judokas at the Baku Grand Slam, in Azerbaijan. Stéfanie Tremblay was eliminated after her first match on Saturday, as were her teammates Ecaterina Guica and Sergio Pessoa, on Friday.

Tremblay, ranked 28th in the world, started out her day with a bye from the Under 63 kg first qualifying round. The Saguenay native was then up against Chinese Junxia Yang, tenth. After four minutes, Yang was granted the victory when she got Tremblay to take a penalty.

On Friday, Montrealer Ecaterina Guica, 25th, didn’t get past the opening Under 52 kg round, when she lost by ippon to Belgian Ilse Heylen, 21st.

In this weight class, the gold went to Israel’s Gili Cohen, who defeated Italian Odette Giuffrida in the final bout.

Sergio Pessoa, 37th, was the only Maple Leafer on the men’s side of the competition. After a bye from the first round in the Under 60 kg, the Sao Paulo native was pitted against Turkish Sahin Kaba Ahmet, 35th. Two penalties against one tipped the scale in favour of Ahmet, and Pessoa was shown the door.

In the final match, 2014 world champion Boldbaatar Gandat, from Mongolia, came out on top against Japanese Ryuju Nagayama.