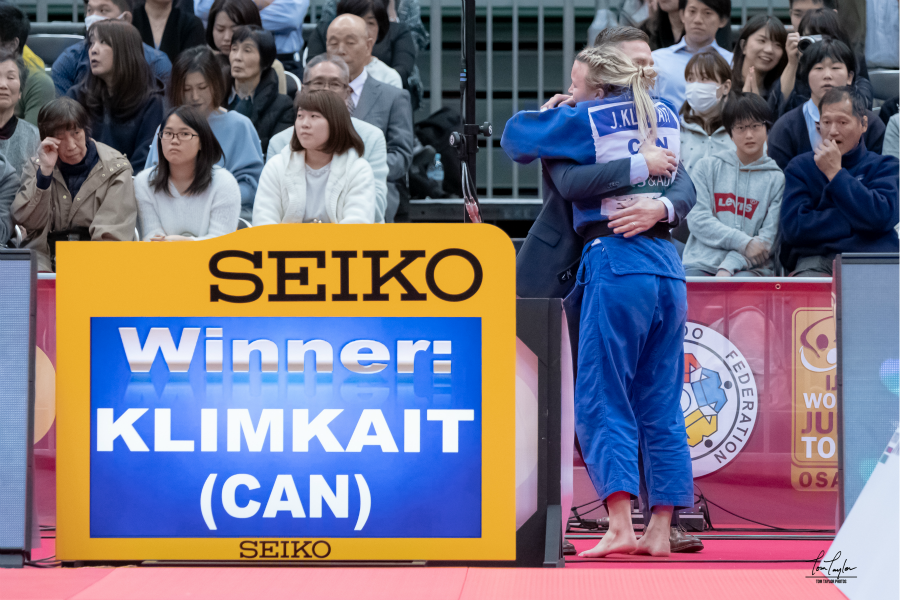 Montreal, November 24, 2018 – Canadian Jessica Klimkait has achieved quite an accomplishment on Saturday, at the Osaka Grand Slam, in Japan. She stood on the highest step of the podium in the -57 kg category, becoming the only non-Japanese gold medallist of the competition so far.

The Canadian won against Japanese Momo Tamaoki in the finale. “My finale went smoothly. After scoring, I did my best to keep going according to the game plan we had. I tried to remain calm and alert to make sure I wouldn’t make a mistake at the end,” said the Ontarian.