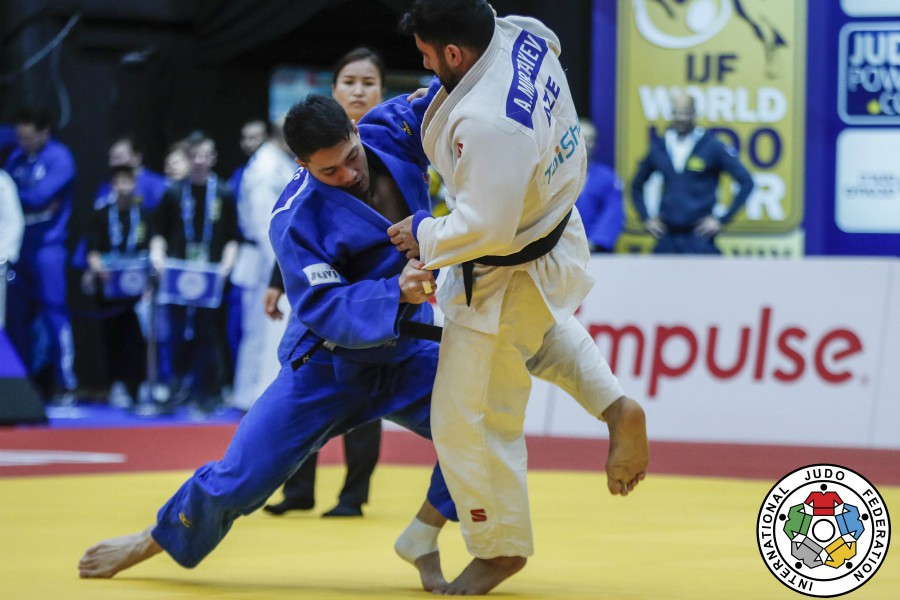 The judoka, who represented Canada at the 2016 Rio Olympic Games, faced his opponent in front of a very loud crowd. After Paltchik countered his attack, Reyes tried to ramp up his efforts, but couldn’t catch up with the score. He lost by waza-ari.

Peter Paltchik went on to win his next two contests and won the gold medal. In repechage, Kyle Reyes was defeated by waza-ari by Brazilian Rafael Buzacarini.

Reyes had won his first two bouts by ippon, first against Azerbaijani Aslan Mirzayev, then Mukhammadkarim Khurramov, from Uzbekistan.

“Even though Kyle lost, he didn’t make any major mistakes. He worked very well. There are some positive things, it’s a shame his result isn’t in line with his performance,” explained coach Jean-Pierre Cantin. “During an Olympic selection process, it causes a lot of damage.”

Burt Eliminated in the First Round

Zach Burt (-90 kg) was up against Brit Frazer Chamberlain. Chamberlain had won both his previous encounters with the Canadian.

“His opponent came in very strong in the middle of the fight and surprised Zach,” explained Jean-Pierre Cantin. “We had a strategy planned, but he was also a clever strategist and it didn’t turn out as we wanted.”

On Friday, Catherine Beauchemin-Pinard (-63) and Kelita Zupancic (-70 kg) had respectively won a silver and a bronze medal for Canada.