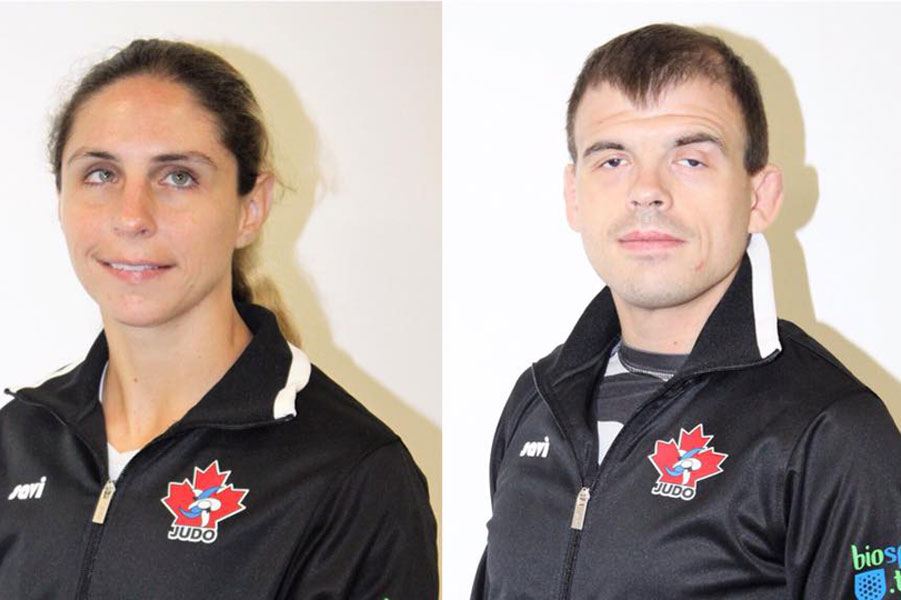 Montreal, November 16, 2018 – “I’m feeling so good! After all my efforts, I finally got my medal!” Quebecoise Priscilla Gagné (B1) can say, “Mission accomplished!” She’s the latest bronze medallist in -52 kg at the Para Judo World Championship on Friday in Odivelas, in Portugal.

“It was a fantastic day! She’s the first Canadian to win a medal at a Para Judo World Championship. According to the other coaches, she’s also the only “real blind” on the podium today. Priscilla is often up against girls who can see better than she does. It’s a huge accomplishment for her,” said her coach, Andrzej Sadej.

Gagné ended her journey by winning by waza-ari against Uzbek Sevinch Salaeva (B3). At the Rio Paralympic Games, the Canadian had lost against her during the bronze-medal fight. Ukrainian Inna Cherniak (B3) was crowned World Champion against German Ramona Brussig (B2), and South Korean Song Nayeong (B2) stood next to Gagné on the third step of the podium.

“What I’m most proud of is that I believed in me, and I didn’t allow my hystory with Salaeva to make me lose my focus. I have no regrets, even though I would have liked to win all my fights. I listened my coach’s advice, and now I know what to work on for this season,” said Gagné.

Earlier in the day, the athlete from Montreal won both her fight in repechage by ippon, first against Turk Semra Akgul (B1), then against Russian Alesia Stepaniuk (B2). She had 1 victory and 1 loss in the preliminary rounds.

In the -60 kg category, Justin Karn (B2) finished in repechage. Chinese Zhao Xu (B3) defeated him by ippon. In the first round, the judoka from Longueuil was also defeated by ippon by Zarbaidjani Orkhan Garayev (B2). Both his opponents finished in 5th place.

At the same time, at the The Hague Grand Prix, in the Netherlands, Montrealer Ecaterina Guica was eliminated after her first fight in -52 kg. Russian Aigul Kutsenko defeated her by ippon.

During the weekend, Emily Burt (-70 kg) and Zachary Burt (-90 kg) will be in action on the mats in the Netherlands.